Spanish cooking has popular roots. It is the people's cuisine. Most of it is down-to-earth, uncomplicated food, based on the ingredients available locally or the crops grown regionally. Mountains run through Spain in several directions, acting as natural barriers to communication and making transportation difficult until the last half of the 20th century. This is one of the reasons why cooking differs so much from region to region.

Many dishes are prepared today using the same cooking methods and ingredients as they were two or three hundred years ago. Other dishes sprung up from European and American influences and were adapted to the Spanish taste. One thing is for sure, food in Spain is fresh, abundant and full of taste and the Spanish love their food dearly. 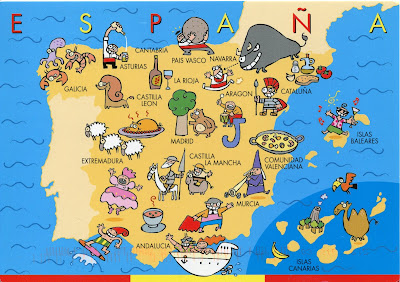 Over the centuries, Spanish cuisine has been influenced by many other cultures, both invaders and visitors, as well as from its colonies.

If you like variety, then Spanish cuisine is for you. Try another region's food!

There are few histories about how tapas where created in Spain.

Some people do believe that tapas started in Andalusian taverns (southern province of Spain). The word "tapa" can be translated as "cover". This was a practical measure meant to prevent fruit flies from hovering over the sweet sherry (see below for more explanations).Tapas traditionally have been a complementary piece of sliced ham served on top of a glass of wine, however we know them today as small portions of food typically served as a snack before lunch or dinner. Tapas can be as simple as a bowl of olives or slices of Serrano ham. 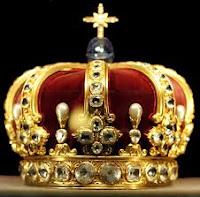 Others believe that the tapa was born when the Spanish king Alfonso the 10th was ill. The Wise had to take small bites of food with some wine between meals. Once recovered from the disease, the wise king decreed that no wine was to be served in any of the inns in the land of Castile, unless accompanied by something to eat. This was a wise precaution to counteract the adverse effects of alcohol on those people who, through lack of money to buy a nourishing meal drank alcohol on an empty stomach. Apart from the story of the royal disease we should consider the theory that the tapa first appeared because of the need of farmers and workers of other unions to take a small amount of food during their working time, which allowed them to carry on working until time for the main meal. This main meal, rich in fat, was so heavy to digest that a "siesta" had to be taken for a couple of hours before going back to the fields or to the workshop. Longer working hours in the morning meant an easier workload after the meal.

Another popular explanation says that King Alfonso XIII stopped by a famous tavern in Cádiz (Andalusian city) where he ordered a cup of wine. The waiter covered the glass with a slice of cured ham before offering it to the king, to protect the wine from the beach sand, as Cádiz is a windy place. The king, after drinking the wine and eating the tapa, ordered another wine "with the cover"
______________________

Wine was the natural accompaniment to this snack, as it induced a mellow mood and increased strength, while in winter it warmed the body as protection against very cold days in the fields and in the workshops of the Middle Ages. In summer, the drink taken in the South was "gazpacho" (cold tomato soup), instead of wine, which increased body heat rather than providing the necessary cold refreshment. 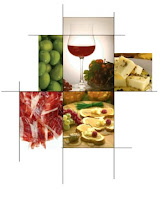 The snack is called "alifara" in northern Spain , Aragón and Navarra; and later, in the Vasque Country, it began to be called "poteo", because the wine had to be drunk in "potes" (jars).
Once the "botillerias" (bottle-shops) and "tabernas" (taverns) became established throughout Spain , the wise King’s decree remained in place. For that reason, the glass or jar of wine was served covered with a slice of either smoked ham or cheese, for two.

What do we celebrate today in Spain? 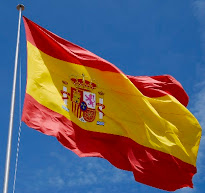